Stroke is a major cause of death and disability across the world, with many reviews from the Cochrane Stroke Group providing evidence on the effects of treatments and rehabilitation interventions. In November 2019, the Group published their update of their review of selective serotonin reuptake inhibitors and we asked lead author, Gillian Mead from the University of Edinburgh in Scotland, to tell us more.

Stroke is a common cause of disability in the community. Although there have been major advances in the care of stroke patients over the last few years, many survivors are still left with physical disability, such as weakness down one side of the body, called hemiparesis, difficulty speaking, low mood, anxiety, fatigue, and memory and thinking problems. Therefore, we need better treatments to address stroke disability.

One possibility is the group of drugs called selective serotonin reuptake inhibitors (or SSRI for short). These have been used for many years to treat mood disorders in the general population and also after stroke. In 2011, a French trial showed that one of the SSRI, fluoxetine, improved recovery of arm weakness if given early after stroke, in people without mood problems.  We then performed a Cochrane review of all trials of SSRI given after stroke and found that SSRIs did seem to reduce disability. However, we could not be confident that the results were reliable, because many of the studies were small and had multiple sources of bias. On the positive side, we identified three large trials that were being planned, one from the UK, one from Sweden and one from Australasia. 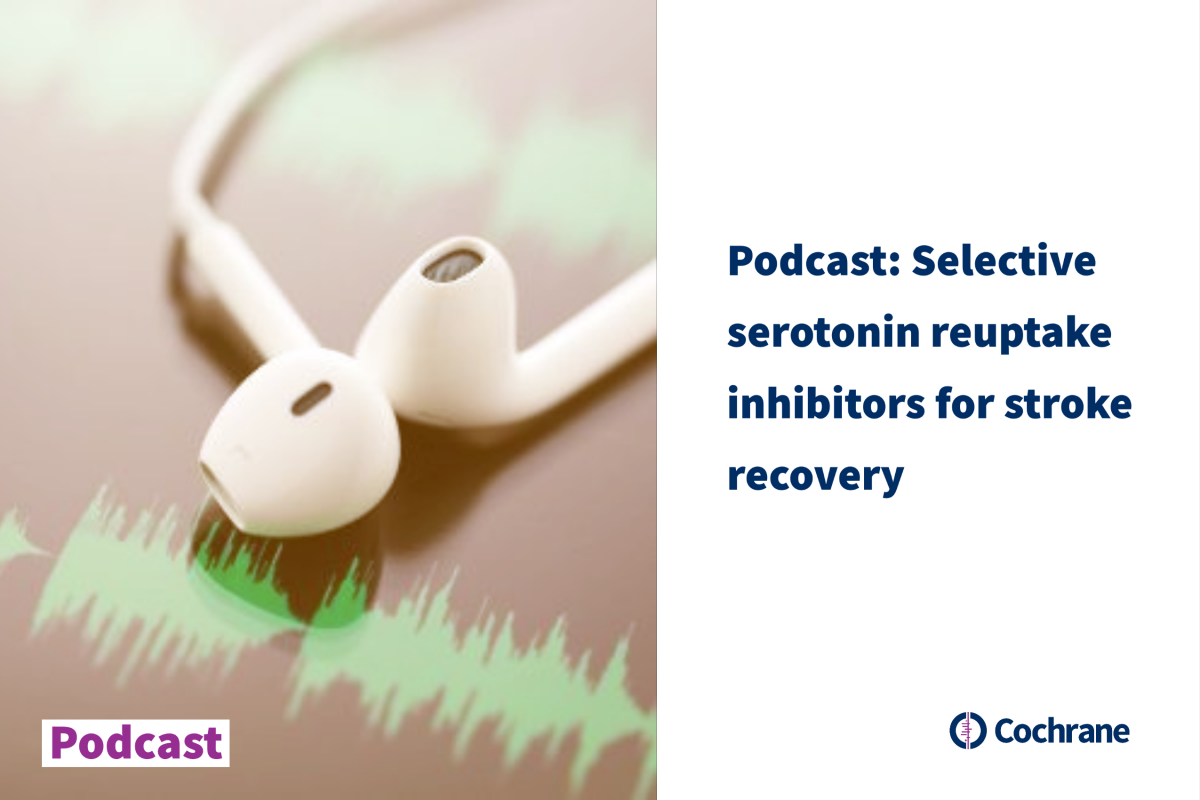 Generally, Cochrane Reviews should be updated when important new evidence becomes available. We knew that the UK trial (called FOCUS) was scheduled to be published in December 2018, and so we decided to update the review.

Our updated review found a total 63 trials recruiting more than 9000 stroke survivors within one year of their stroke.

However, only three of these trials, with 3249 participants with just over 3100 from FOCUS, were at low risk of bias and likely to provide robust findings on the effects of SSRIs. The participants in these three trials did not have to be depressed to enter the trial, and they were all recruited soon after their stroke. Our meta-analysis of their results showed that SSRIs did not affect disability score or dependency. The drugs reduced the risk of future depression but increased the risk of problems with the digestive system.

When we combined data from all the studies, irrespective of their risks of bias, there appeared to be a beneficial effect on recovery, but this was almost certainly because the studies at high risk of bias tended to give the positive results.

The review will be updated again after the large Swedish and Australasian trials are published in 2020.