When someone has an acute ischemic stroke, urgent and reliable treatments will reduce their risks of disability or dying from their brain tissue damage. The treatments used vary around the world, and a drug called cerebrolysin is widely used in post-Soviet countries, Eastern Europe, Central and Southeast Asia. In April 2017, the latest update of this review was published by researchers from Kazan Federal University in Russia and Chinara Razzakova, a PhD student from the university interviewed one of the authors, Liliya Eugenevna, for this podcast. 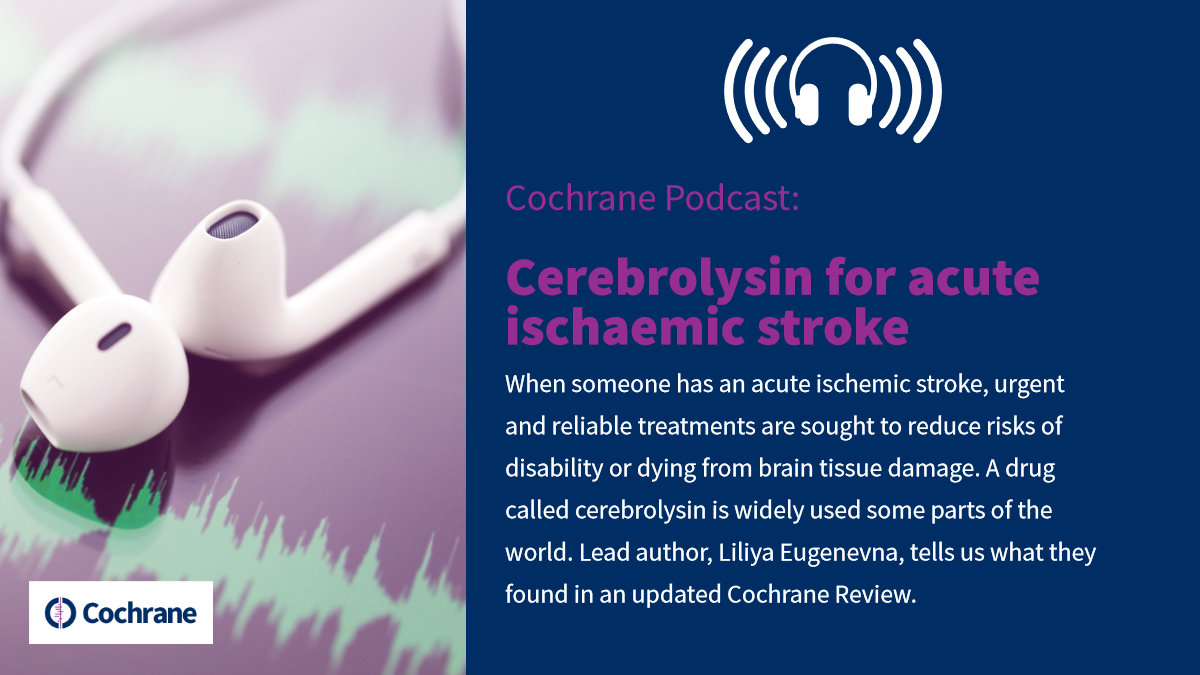 "This Cochrane Review is about a medicine called cerebrolysin, which is used for people who’ve had an acute ischemic stroke. It’s believed to have neuroprotective and neurotropic properties and is widely used here in Russia, countries of the former Soviet Union, China and elsewhere in Asia. We wanted to examine its potential benefits for people with acute ischemic stroke, and whether there are any harms associated with its use.

One of the reasons for the review was the fact that cerebrolysin is used so often for this type of stroke, but the main issue as we worked on the review was the drug’s use as a potential neuroprotector. In ischemic stroke, the concept of “neuroprotection” includes the suppression of changes that lead to an influx of calcium ions, activation of the reactive oxygen species or free radicals, and cell necrosis. These ideas have stimulated the development of many potentially “neuroprotective” substances, some of which were shown to be effective in animal studies. However, the evidence from clinical trials in patients continues to be problematic. This led us to try to find out whether cerebrolysin effectively protects the brain from damage and has benefits, or harms, for people who have had an acute ischemic stroke.

We looked for studies in which patients who were receiving a standard treatment regimen for ischemic stroke were randomized to receive either cerebrolysin or a placebo. We then used these studies to investigate the effects on death and adverse events. We found six randomized trials with a total of approximately 1500 participants. Three of the six trials were large multicentre studies, two were small and one did not provide quantitative information to include in the final meta-analyses.

Although high-quality large-scale randomized trials are always necessary for getting reliable information about the potential value of drugs used in acute ischemic stroke, our review has shown that the potential benefit of cerebrolysin is not supported by reliable evidence and we would not recommend its routine use in acute ischemic stroke. We’ve also shown that the use of cerebrolysin is unsafe and, so, if it is going to be tested in future research, this needs to take the form of well-designed randomised trials and include assessments of the risks of serious adverse events.

In summary; myself and my co-authors of this review recommend that cerebrolysin is not the right choice for the treatment of acute ischemic stroke."